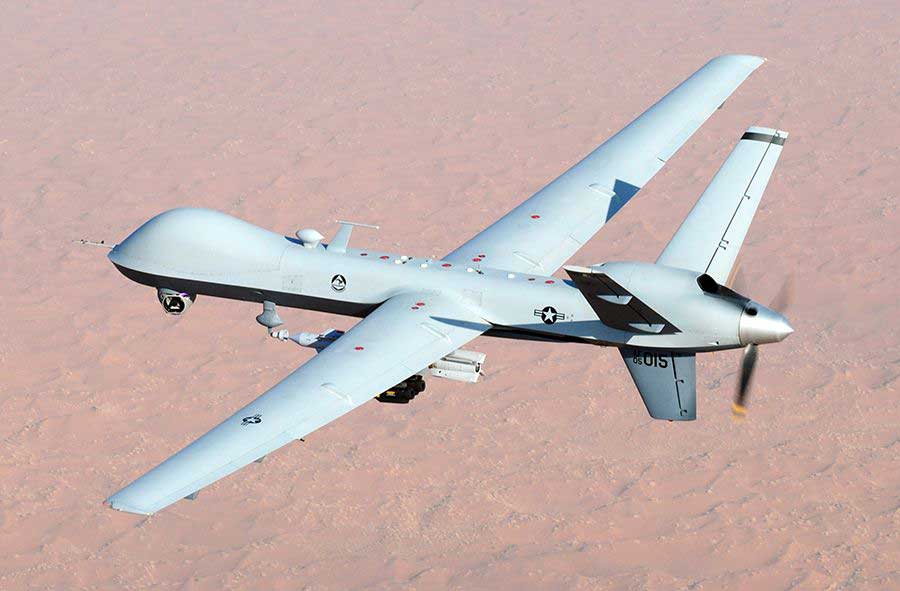 Australia has yet to make a choice between the MQ-9 Reaper Block 5 variant currently in production for the U.S. Air Force, or the MQ-9B Skyguardian (formerly known as the Certifiable Predator B) under development for the United Kingdom.

Pyne said that 12-16 air vehicles will be acquired under the ADF’s Project Air 7003 Phase 1 (Armed MALE UAS) which, in the 2016 Australian Defense White Paper, was priced at between one and two billion Australian dollars (U.S. $730 million to $1.45 billion).

The Australian government will now request pricing and availability data from the United States on Reaper variants to support future decision making on the acquisition. He said he was looking at the 2020-2021 period for initial deliveries and an entry into service in the 2022-2023 time frame.

The single source acquisition methodology comes as a blow to Israel Aircraft Industries, who had hoped their Heron TP MALE UAS would be considered in an open competition for the Air 7003 contract.

“An assessment was made between the various capabilities and the Reaper was the one we decided was best-suited to our needs,” Pyne said. “And rather than going through a full tender process when we already know that this is the one that we want, we are adopting the single-source supply that is allowed under the Australian Defense Organization First Principles Review.”

The aircraft will be operated by the Royal Australian Air Force (RAAF) but Minister Pyne said no decision had been made about where they will be based. The ground control segment will be at RAAF Base Edinburgh in South Australia, where the announcement was made this morning.

“The government will take advice of course from the ADF about the best placing for the Reaper. Edinburgh is the most likely place because it’s where we have significant investments already in this kind of intelligence, surveillance and reconnaissance and it has become the center of our ISR capabilities in many respects,” he said.

GA-ASI launched ‘Team Reaper Australia,’ a consortium of Australian industry partners, at the 2017 Australian International Airshow at Avalon, south of Melbourne in March 2017 and announced its intention to bid for Air 7003 at the show.