As technological innovations continue to make our lives better and easier each day, we have become much more comfortable with the help of technology over the years. Today, we are seeing various technological innovations changing our lives for the better with the use of cloud computing, augmented reality, self driving cars, as well as the evolution of a shared economy, just to name a few.

Today, the commercial defense industry utilizes advanced technology in manufacturing, material handling, welding, and other processes to increase production efficiency, safety, and throughput. These advancements come in the form of robotics, artificial intelligence, automated guided vehicles (AGVs), and machine learning in an effort to optimize their manufacturing processes.

Implementing new technologies, developments and workflows is a challenging endeavor for any large organization. When it comes to the military, it’s important to understand that efficiency is critical and mistakes oftentimes come with dreadful impacts compared to civilian or commercial industries.

This article explores the use of emerging technology in defense and warfare systems, highlighting the recent developments that automation has to offer.

Automation defense industries are companies that deal with the manufacturing and production of Automation defense systems. Companies depend on accurate and consistent machining and assembly to make safe and reliable products. The use of robotics in defense industry manufacturing reduces costs and improves quality while adjusting quickly to changes in product design and production schedules.

Artificial intelligence (AI) is a fast growing field of technology with important implications for national security. As a result, the United States and other countries are developing AI applications suited for a wide range of military functions. AI research continues to grow in areas of cyber operations, intelligence collection and analysis, information operations, and in a variety of autonomous military vehicles. We are already witnessing AI being deployed in military operations inside Iraq and Syria. Congressional action will further shape AI technology’s development with budgetary and legislative decisions prompting the growth of military applications as well as the pace of their implementation. Artificial Intelligence can be called intelligent automation because artificial Intelligence drastically improves the operations of manufacturing.

AI technology advancements present unique challenges for military adoption, particularly due to AI development occurring commercially. While AI is not unique in this regard, the defense attainment process will likely need to be adapted for acquiring developing technologies like AI. Moreover, many commercial AI applications must undergo a different manufacturing process to make any required modifications in order to be suited for military service use.

There are several cultural issues surrounding AI acquisition, as many commercial AI companies are opposed to partnering with the Department of Defense (DOD) due to ethical concerns. Sources inside the DoD expressed reservations incorporating commercial AI technology into existing weapons systems and other advanced processes.

Subsequently, this article will discuss some systems that have been adopted, and their effect on the Automation Defense industry.

Defense automation are specialized service robots that are deployed by the military in tactical and wartime environments. These types of service robots are often intended to enhance troops existing capabilities while minimizing their exposure to threats. These robots contribute to military dominance by giving soldiers the advantage while on the ground. It is estimated that by 2025, global spending on defense robots will reach $17 billion. This will be three times the $5.1 billion spent on military robotics in 2010.

Other countries such as India, Israel, and Russia are creating their own market niche as they too are investing billions to develop defense robots. 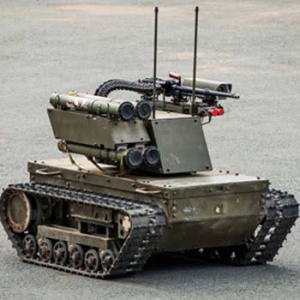 Today, the military has adopted robotics and other automated defense systems in various ways. For example, an experiment was carried out with an unmanned armored vehicle in 2018 on a training ground in Germany. UK and USA soldiers used remote-controlled diggers to clear explosives and fill trenches while being covered by a white smokescreen on the armored vehicle.

In this context, defense automation entails the automatic control of various defense systems, ranging from sub-systems to automation weapons with little involvement from humans. Most sub-systems are specially designed software designed to carry out tasks by mimicking human behavior. The aim is to improve efficiency and keep humans out of harm’s way while being under surveillance. Although subsystems are usually durable, their maintenance is quite technical; it requires skilled professionals.

Automation also plays an important role in manufacturing defense systems. Every military needs defense systems to shield the nation from attacks, so weapons for self-defense and safety are developed regularly.

As time advances, the defense systems have also metamorphosed and adopted a lot of new technology. Some of them are; military robotics and artificial intelligence in every military sphere, the aerospace, naval, and land. These systems in this industry have been seen as the new normal.

Countries worldwide have started adopting modern defense systems that can be tweaked on demand to adapt to different conditions to save lives and ensure maximum security and protection against foreseen and unforeseen threats.

Some examples of Modern defense systems and countries in which they have been adopted. 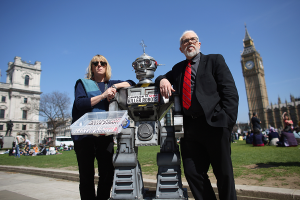 In 2010, India revealed through its military robot doctrines, which proposed having robots engage in over 50% of its military activities. Over the years, robot soldiers have been developed with a high level of artificial intelligence. India intends to deploy these soldiers to patrol around its borders by 2023.

Russia also tested MRK-27 BT robotic soldiers whose objectives can be achieved in fatal situations. Further research that some robots were programmed for space exploration and others launching rifles and grenades and taking down drones. 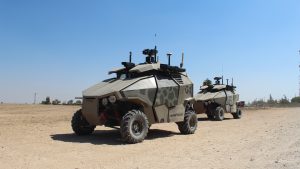 The Israel Defense Force (IDF) announced the deployment of self-driving military vehicles, which have been sent to neighboring countries. These autonomous vehicles make it safer for the military as the service needed for vehicles will be reduced. There are different modes and various types of self-driving vehicles, but they generally make things faster and easier. 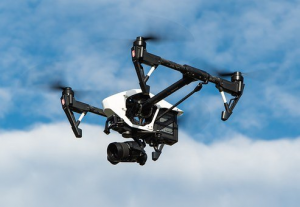 Israel Aerospace Industries (IAI) has unveiled the Mini Harpy, a newly-developed loitering munition. The Mini Harpy combines the capabilities of the company’s two flagship loitering missiles, the Harop and the Harpy, offering detection of broadcast radiation with electro optical capabilities.

The Mini Harpy is a tactical system designed for field or marine units. It can be launched from land, marine and helicopter borne platforms, providing complete independence in intelligence collection for an updated situational picture and closing the attack circle at low cost. The loitering missiles are launched towards the target area. They loiter the sky until the threat is detected. 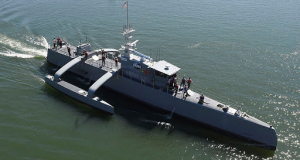 This Sea Hunter is a Class III unmanned surface vessel (USV) has the ability to travel thousands of kilometres of open ocean for months without a single crew member aboard and at a fraction of the cost ($15,000-$20,000 a day), compared to the $700,000 a day to operate a destroyer. According to DARPA, Sea Hunter could ultimately lead to a whole new class of ocean-going vessel and eradicate the need for larger manned warships, transforming conventional submarine warfare. 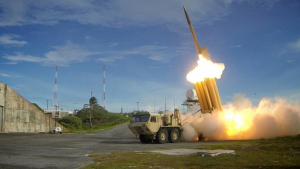 Countries use missile defense systems to detect incoming missiles and provide defense against the missiles by providing a counter-attack. For example, Israel’s defense system, the Iron Dome, proved effective against Palestine attacks in the recent clash between the two nations, intercepting thousands of missiles from the latter nation.

The Effect of Technology on The Automation Defense Industry

Technology has made a lot of things easier and also complicated some things to a greater extent. Here are some effects technology has on the automation defense industry.

Autonomy is the sense of independence with which a decision is made. It is the amount of freedom a person truly has to make a decision. In relation to this, it is the level of independence the artificial intelligence is given to make decisions.

Technology has offered the Automation service industry a certain and reasonable level of autonomy, as they are left to make a decision most times. However, because they can be triggered when to launch a rifle or not, a certain level of responsibility has been placed on them.

Extensive testing of artificially intelligent devices is highly needed as they can be easily triggered.

For example, launching a self-driven armor tank on a plain field for a test drive cannot be compared to testing the same tank on the highway. Moreover, even though these systems are autonomous, they are highly assessable and programmable; hence they are entrusted to a particular person who takes full advantage of them.

Every human has a sense of responsibility for human lives, and he will not take a life except in dire cases like war or threat. It is like an unspoken principle, and this principle is put on sinking grounds when the artificially intelligent systems are given full autonomy to make decisions.

Automation defense systems and sub-systems have raised a lot of naysayers and people who approve of the new technology. A lot of protests have been made, as well as getting people to trust this AI.

An open letter to ban the activities of the Automation defense industry was received in 2015. It is noted in the letter that picking a side, whether the weapons were offensive or defensive, was not done because they could not conclude.

Control of the AI has to be regulated enough to gain a certain level of trust. The government has decided to sit on this thought and develop a way to make citizens feel more secure without feeling like Robots will take over the world soon.  To this effect, laws have been created to maintain human superiority over machines.

The fact that this Artificial intelligence acts as a force multiplier for the military cannot be overlooked. Fewer soldiers are needed at war sights, thereby being successfully saved and protected from war sights. It also protects humans from dangerous missions, for example, a mission that exposes humans to harmful radioactive substances.

Considering the debate that goes back and forth, a limit on the use of Automation systems was placed. While some still advocate for a ban and another party pushes for a full implementation, test runs are being carried out, and the use of these systems has been limited.